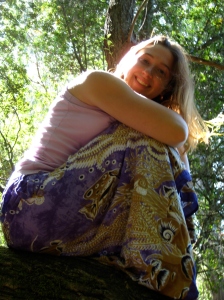 N J Magas lives with her partner in Vancouver, Canada and never seems to get enough sleep. She recently completed her Honours degree in sociology and is now grudgingly prepared to do absolutely nothing with it.

Sustained by a mild coffee addiction she writes fantasy, science fiction, and horror and hopes to one day have a book actually published. At least then she’ll have all of her character and place names in one location.