Less than two weeks after its initial release in Australia, Pokémon GO is an undeniable success in the mobile gaming world. The much anticipated alternate reality game has rekindled the love of Pokémon with generations of adults and children alike and caused a surprising wave of hostility and controversy for a game that is essentially part scavenger hunt and part capture the flag. But with the current news cycle flashing nothing but negativity, pessimism, and a dichotomy of ideology 24/7, the arrival of Pokémon GO is to some a much needed diversion back to a happier and more innocent time. To others it is a childish regression, and an unsafe waste of time. Wherever you stand on the subject, undoubtedly Pokémon GO is dominating your social media feeds with images of cartoon monsters, alarming news headlines, and glib memes demanding that anyone over the age of ten who plays the game grow up and get off of their lawns. 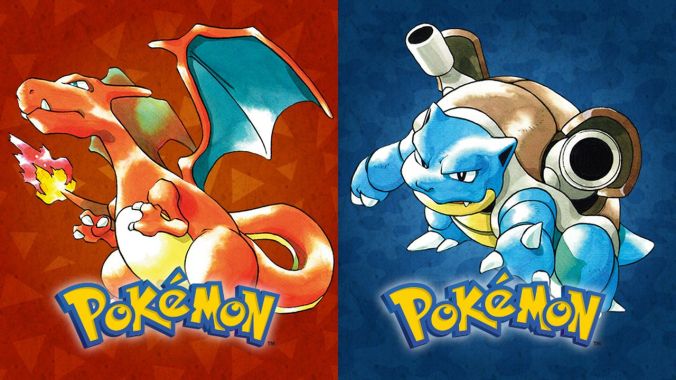 Pokémon GO is the latest installment in the globally popular Pokémon franchise, which began in Japan in 1995. From its Red and Blue start on the Game Boy, the turn-based monster collection and fighting game exploded into a lengthy video game library, a trading card game, a wildly popular cartoon series, nineteen movies, a comic book series, and its own Monopoly board, among other popular media. There are three key components to the Pokémon entertainment empire: explore the world, collect the monsters, and compete with friends. Up until now, Pokémon fans have had to limit their experiences to the fictional world first described in the original games. But with the dawn of mobile gaming and readily available GPS technology, it was only a matter of time before The Pokémon Company brought its pocket monsters into our world.

Which is where Niantic comes in. Niantic is the developer best known for the game Ingress, from which Pokémon GO takes many of its mechanics. Partnered with Google, Niantic and The Pokémon Company worked together to create a game in which Google Maps data is used to populate the world with monsters, gyms, and PokéStops where players can view pokémon superimposed on their own neighborhood streets through their mobile phones. The core concepts of Pokémon are preserved–explore, collect, and fight–however the alternate reality quality of the game adds a novel mechanic to the mix. In order to achieve any of these goals, players must leave home and walk to find, level up, and compete with their monsters. Pokémon has essentially left the couch and forced players to go outside and get some fresh air and exercise. 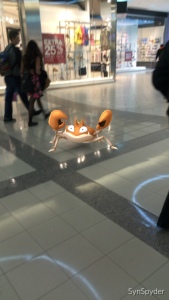 With such a popular game demanding of its players what anxious parents have wanted for years, the benefits of Pokémon GO seem indisputable. Monsters spawn in random locations, giving players only a rough 300 meter map of where any given pokémon may be. Players must thus walk long distances in the hope of catching a rare pokémon that their friends may not have yet. The new element of PokéStops–areas of interest within neighborhoods that give players needed items when swiped on screen–incentivizes players to explore and learn about places round them that might otherwise be overlooked or taken for granted. Lure Modules, an in-game item that can be attached to PokéStops, attract pokémon to a certain area. These areas can be seen on-screen, and draw huge crowds of people to one area where they socialize, compete, and in general share a love of the game across age, gender, race, or other social barriers that at times conspire to keep people apart. Pokémon has even reportedly helped some players fight depression and social anxiety by bringing people together in a fun and engaging way, where the normal pressures and stresses of social interaction are set aside in favor of a group expression of joy for a shared hobby.

Unfortunately, and as expected with so many people suddenly playing the game, many negative news stories have come out about Pokémon GO as well. From reports of players discovering dead bodies, to criminals using lures to attract victims to rob, to reports of distracted users walking straight off of cliffs, questions about the game’s safety have been as numerous on the internet as those asking where players can catch that elusive Vulpix. And while the game does what it can to keep players safe, including a plea for users to be mindful of their surroundings in the loading screen, and utilizing the vibrate functions on the phone to alert players when they approach a monster in the game, to get the full experience of watching the avatar move on the real world map, players must juggle their eyes between the screen and the road. What should be common sense can sometimes be discarded as players get caught up in the excitement of experiencing their favorite game in a new media.

Beyond the physical dangers that careless players might put themselves in, there seems to be a rather vocal, borderline obsessive retaliation by the older generations against Pokémon GO players. Sneering, dismissive and even insulting comments are flung down by the self-proclaimed mature adults who hold their own hobbies and interests above scorn. There even seems to be a subset of dissenters who would prefer that adult Pokémon GO players put down their innocent fun to engage in some decidedly more reckless and even illegal behavior. In the name of maturity, mind you.

But this hyper-sensitive insistence that adults only engage in pre-approved adult activities didn’t begin with Pokémon GO. The West has an obsession with its vision of maturity. We want to grow up fast, be done with the silliness and whimsy of childhood and jump into the world of alcohol and sex and debt as soon as we possibly can. Men must have loud cars and big guns, and women must be dolled up and sexed out; our movies, video games and books must be dark and gritty, must have enough R’s in the ratings to draw a pirate’s attention and enough curse words to make a sailor blush. Tits and explosions. It’s what separates the men from the boys. In Pokémon’s birthplace however, the opposite is true. It’s youth and innocence that is prized. Japan is littered with cartoon images, from train stations to police boxes to construction sites. Women want to be cute, rather than sexy, and men dress to look youthful and college-hip, rather than powerful and intimidating. Adult players of Pokémon GO in the West who snub their noses at their vocal detractors ask, in this vein, “What’s so good about being mature, anyway?” What indeed.

For Pokémon fans, both old and new, Pokemon GO offers a fresh avenue to explore the world we live in and the world of Pocket Monsters at the same time. It brings people together, gets gamers out of the house, and has given those of us who loved Pokémon in our youth a little bit of sunshine at a time when there seems to be nothing but dark clouds overhead.

So haters gonna hate, and PokéFans gonna throw pokéballs, regardless. We’re happy. We’re having fun. And most of us are playing safe. 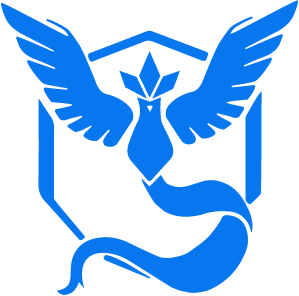 14 thoughts on “Pokémon GO Outside And Play”