Being a writer in Japan, naturally one of the most frequent comments I receive is some variation of the suggestion that I should write about Japan (which usually follows the question “Do you write in Japanese?”). I find this amusing for two reasons. First, if “You should write about X” translated so easily into actually writing a story, the writing world would be populated with a whole lot fewer frustrated authors. Inspiration isn’t something that can be plucked out of a hat. Yes, this technique can be used successfully to ungum the works, to pump some creative juices and to flex the writing muscle, but I’ve found that ‘write about X’ does not produce my strongest work. It doesn’t grab me by the ears of my soul and shake me. The stuff that I really want to write about are the things that some inner eye within me has seen, and tells me “This is really beautiful/frightening/awe inspiring/disgusting and you need to explore how this makes you feel”. I like that feeling and I can’t borrow it from someone else.

Secondly, I do write about Japan, way more than most people know. And I’m not just talking about stories like Where the Fireflies Go or the zombie short that’s bubbling on the back burner–those stories I’ve set in Japan and reflect (with I hope some amount of truth) the culture and atmosphere of this country. I also mean the stories that Japan has brought to life. Bits and pieces of inspiration that light a tiny candle flame in my brain which, if left unattended, can grow into a creative wildfire. A sci-fi dreamed up amid the flashing lights of the never sleeping Tokyo, an ethical fantasy inspired by the pavilions of Kamigamo Shrine, an entire tribe of people to populate my fantasy world brought to life by a single festival at Tanukidani Fudoin. Just because I don’t set most of my stories in Japan doesn’t mean I’m not writing about it, or from it. I’m inspired by this country more often than even I’m aware of, I suspect.

And nowhere is this more true than in my current work in progress. I’ve borrowed heavily from historical Japan on this one, from costume design to social order to language structure. While it is absolutely an other world fantasy, the Japanese influence is strong, and I don’t care much to hide it, either. This is my home, after all.

Today Alex and I took a trip to Eikando Zenrin-ji, which is one of many temples along The Philosopher’s Path in Kyoto’s Sakyo ward. It’s not the first time we’ve been here and I hope it’s not the last. The complex is huge, with many gorgeous buildings to explore, and several gardens and ponds to reflect on.

The temple was founded in 863, ten years after the estate was purchased from a Fujiwara nobleman. It was originally dedicated to Shingon Buddhism, but later turned to Pure Land. Its most famous icon is perhaps its Mikaeri Amida, which is a small Amida Buddha which, instead of looking forward like most Amida icons, looks over its shoulder. The legend of this strange position has several versions: One says that once while the head monk Yokan was performing a ritual, the Amida statue came to life and stepped off its dais. Yokan became temporarily paralyzed with surprise, and so the Amida turned its head to look over its shoulder to scold him for being ‘slow’. The plaque at the temple explains the legend slightly differently. It says that instead of turning its head to scold Yokan, the Amida turned its head to invite Yokan to follow him. In either case, the turned head of the Mikaeri Amida is supposed to signify Amida’s compassion and patience for those who fall behind, or have not yet stepped onto the path of Buddhism.

The icon room itself is incredibly impressive. Glittering with gold leaf and illuminated by several spotlights, its hard not to feel a little bit awed in the quiet room, and to see the Amida in such an unusual position is itself a special treat.

But what I like the most about Eikando Zenrin-ji is its beautiful outdoor architecture. Perhaps because it started its life as a Fujiwara mansion, the design and layout of the buildings is unlike any other temple I’ve visited in Japan so far. Graceful arching bridges and open breezeways connect the different sections of the temple together, and sweeping staircases and balconies give a stunning view of the Kyoto mountains and the forested gardens that surround the complex.

It was these features of this lovely temple that brought me out of a creative slump on my current WIP, Bone Wall, when we first visited last year. The atmosphere and being able to walk through a place so beautiful, and with such amazing design threw my creative brain into ‘what if’ overdrive, and helped create a new starting point from which to tell my story that has made it, frankly, so much stronger than its original versions. Returning today, that feeling is still strong, and it pumps energy into my fingers that then drop words onto the page. Being able to sit in a representation of a setting I’m building is incredibly helpful, and brings things to life far more easily than sitting in my living room with my eyes squeezed closed really tight. In the end, this is ‘write what you know’. Write from your life and your experiences. Write about what speaks to you. Write that which sets fire to your creativity in such a brightly burning torch that you can’t sleep at night. I can’t write about your X, but you can.

Japan is the creative force that drives Bone Wall in lots of different ways. I am writing about Japan, even if I’m not writing about samurai, or geisha, or the technological apocalypse.

For your viewing pleasure: Eikando Zenrin-ji 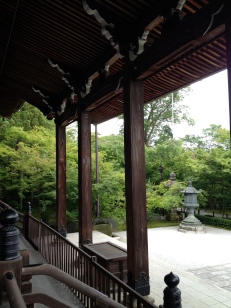 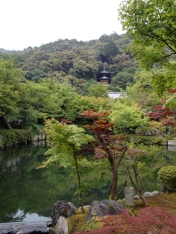 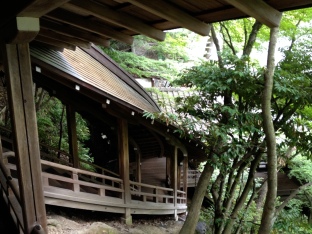 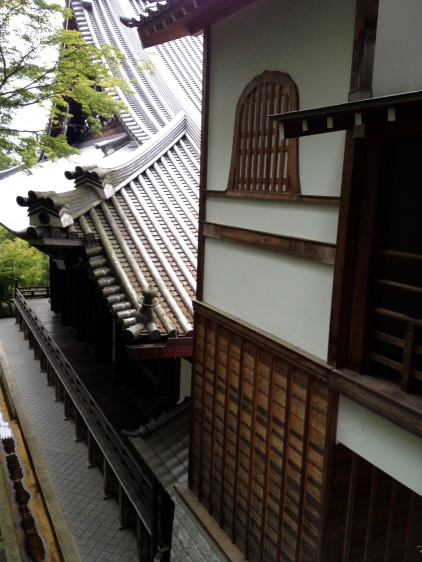 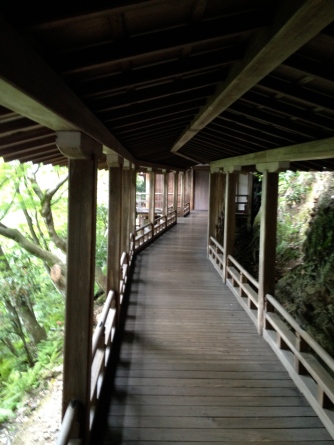 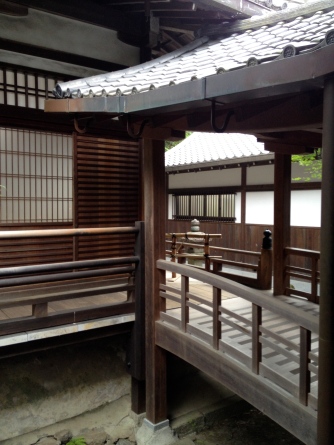